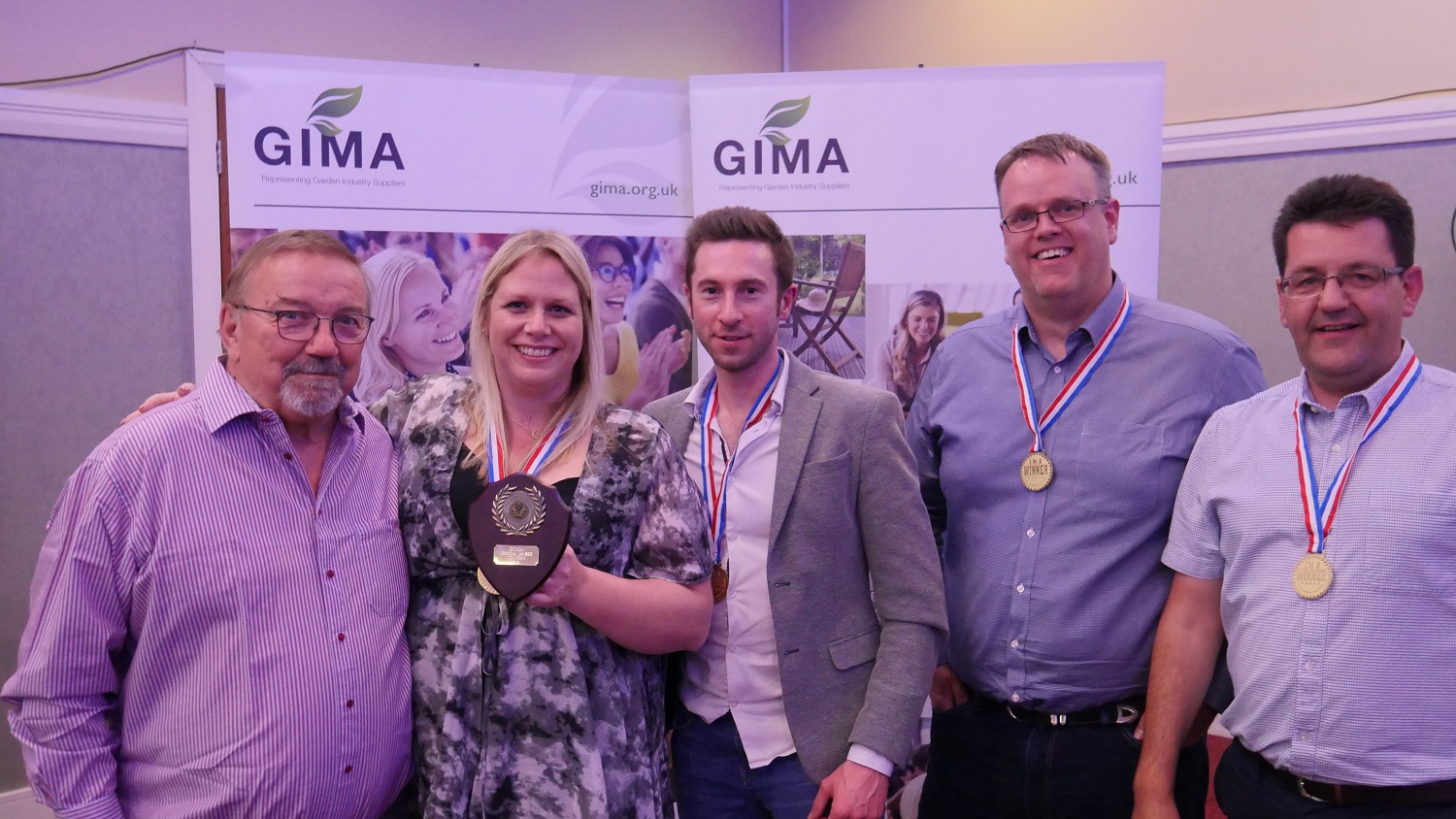 A successful day and night of fundraising was had by all who recently attended the 10th annual GIMA Charity Day, held at Telford Hotel and Golf Resort on 6th June.

Celebrating its 10th anniversary in 2019, the event brought together garden industry suppliers and retailers, with 18 four ball teams competing for the GIMA Golf trophy, and two teams battling it out on the new-for-2019 Crystal Maze course. 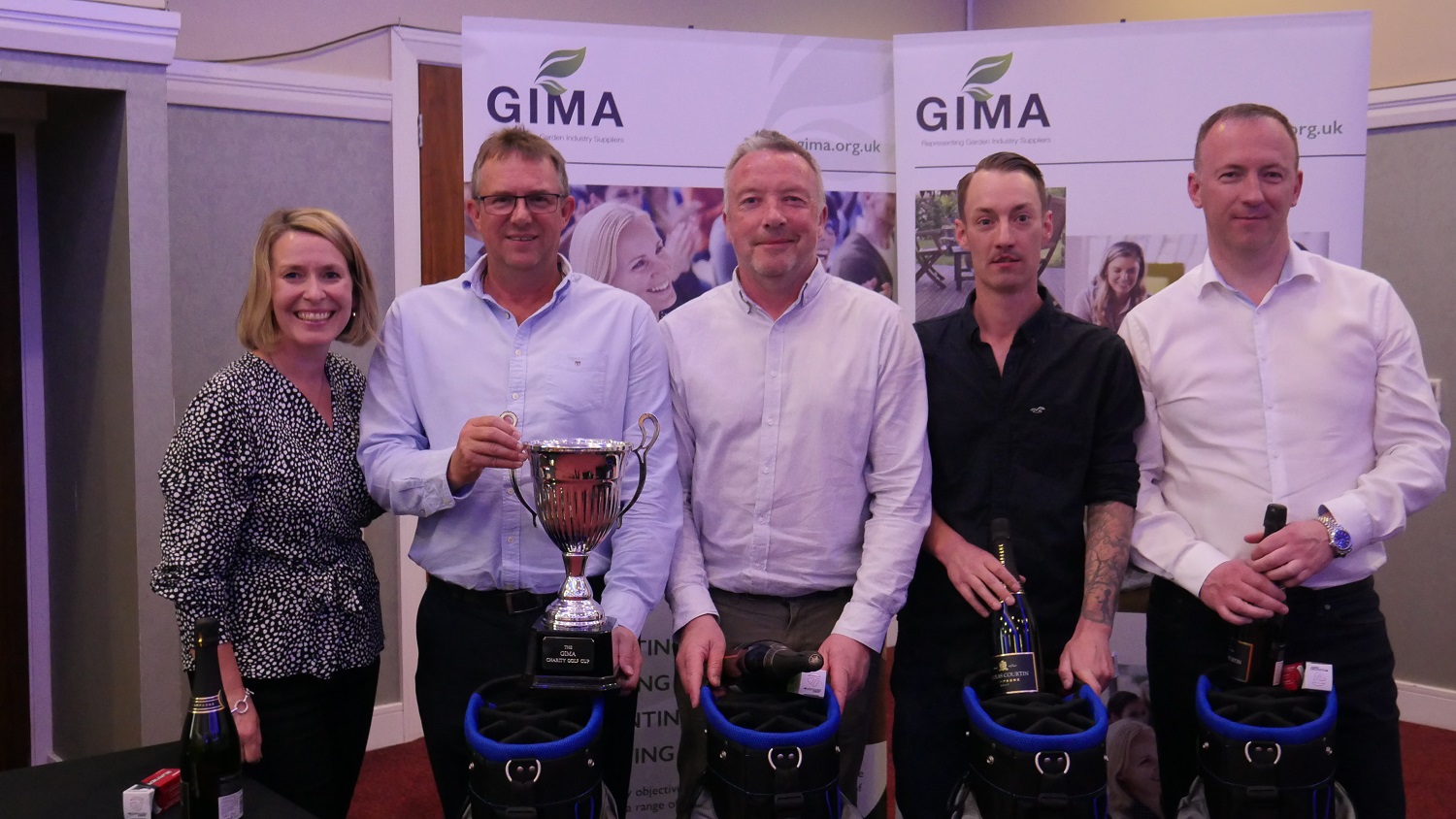 This year saw the team from Hartman retain the golf crown having also won in 2018, with a superb score of 86. Sunshine Garden Centre and Mr Fothergills Seeds following closely behind with 85 and 84 points respectively.

Hole 7 was once again home to the ‘beat the pro’ competition where teams donated a minimum of £5 per player to place their ball closer to the pin than the hotel’s resident professional.  This year 13 individuals proved they had what it takes to take on the pro, with the winners being Derek Bunker, Simon Mulholland, Paul Crossland, Patrick Thick, Chris Daws, Steve Ainscough, Keith Laird, John Ducker, Phil Harrison, Pete Bunker, Aide Lewis, Simon Davidson, and Antony Barrett.

Other holes throughout the course also held special challenges for the golfers, with holes 3, 11, 16 and 28 all offering a special prize for ‘nearest the pin’. This year’s winners were – in order of the holes – Neil Blake, Jay Bunker for both holes 11 and 16, and Richard Keegan.

Over on hole 14 it was Chris Daws who won the ‘longest drive’, whilst Patrick Thick was awarded the ‘straightest drive’ on the 18th hole. 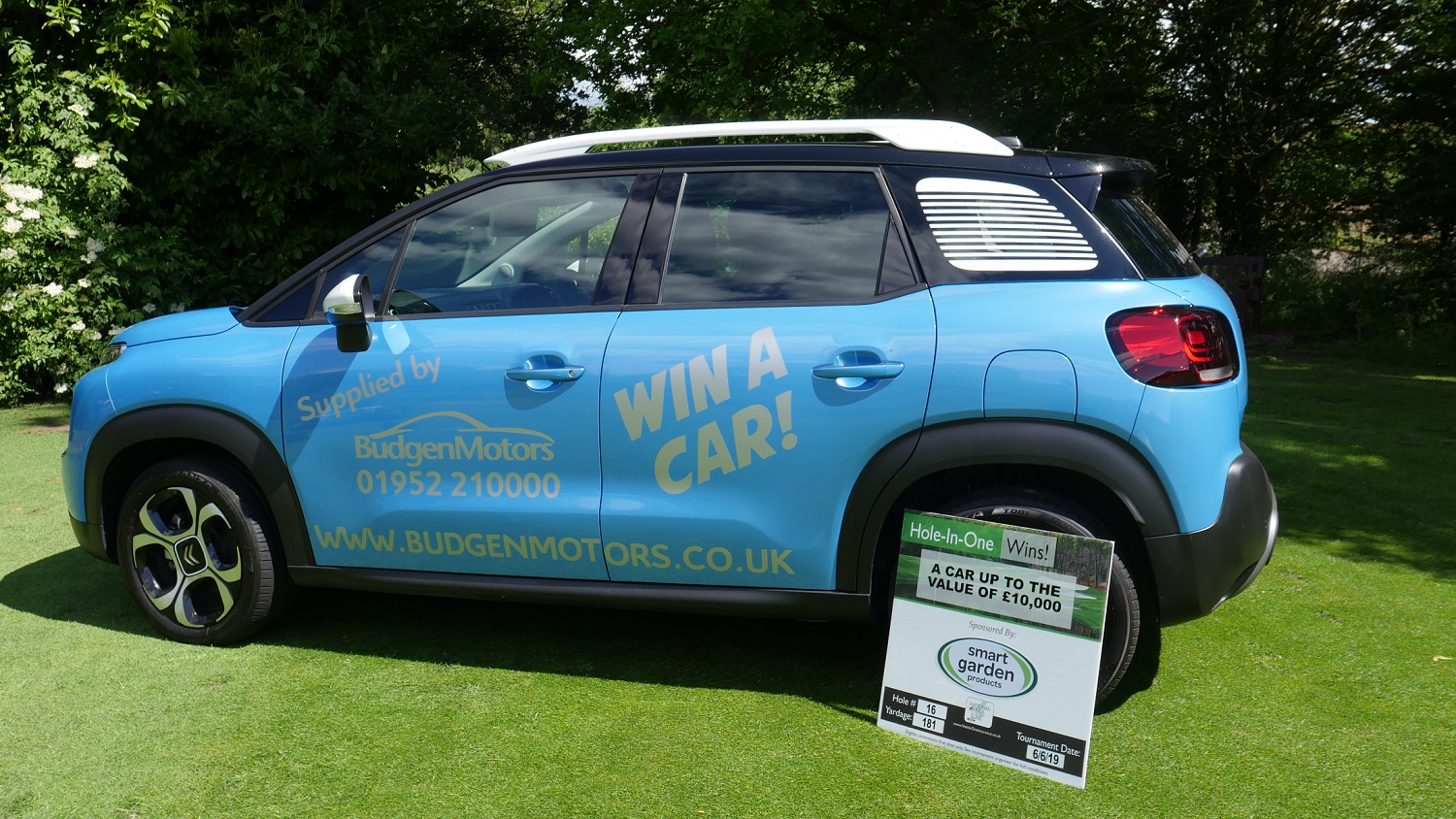 The ‘hole in one’ competition sadly proved a step too far as no-one was lucky enough to take home the brand-new car, which was offered as a prize, and kindly sponsored by Smart Garden Products.

The evening event, hosted by golf day organiser Andy Bestwick, brought all attendees together under one roof, with a three-course meal and after dinner entertainment from magician Richard Pinner, who kindly also hosted his year’s auction. 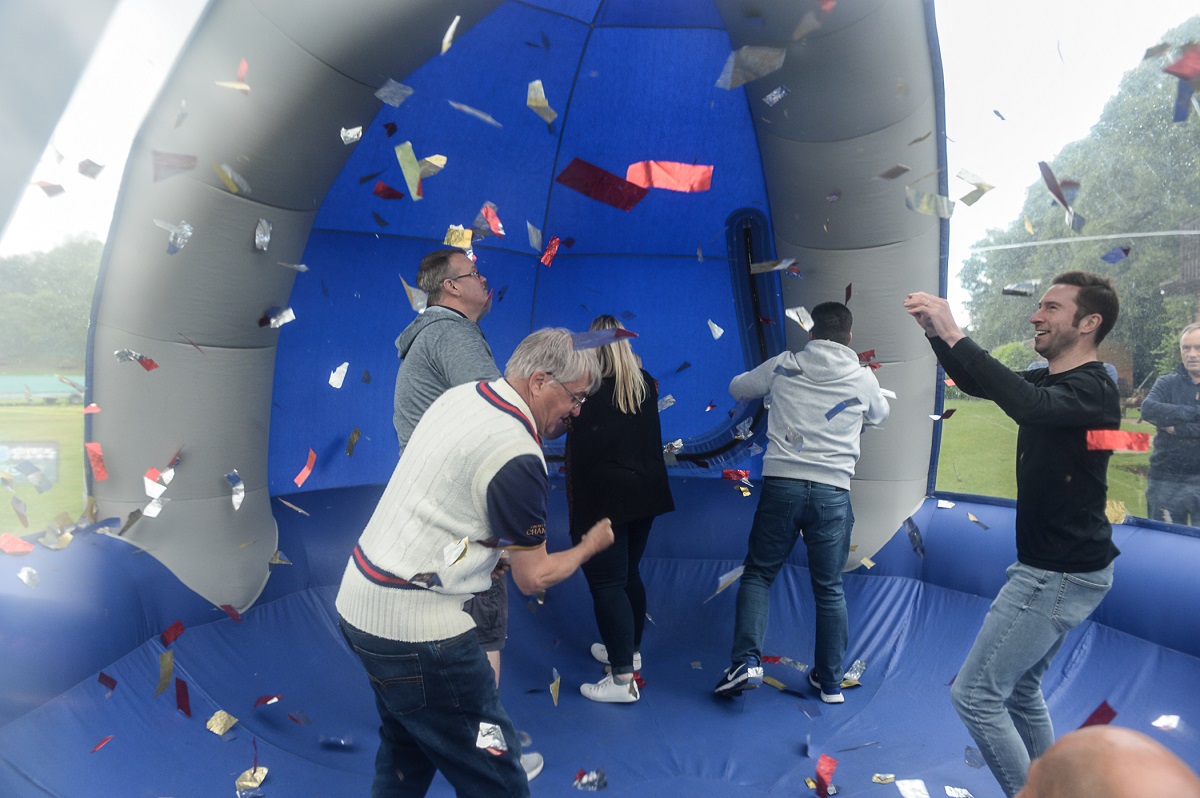 GIMA Director, Vicky Nuttall commented: “A huge thank you to all those who took part in the 2019 GIMA Charity Day. It was another fantastic event, and a brilliant way to celebrate the event’s 10th anniversary. Thanks to all our sponsors and participants, without whom we would not be able to put on such an event, nor raise much needed funds for our highly deserving chosen charity.”

GIMA’s annual Charity Golf and Activity day this year benefitted Greenfingers Charity, who have been selected as the trade association’s beneficiary charity throughout 2019. The total amount of funds raised during the GIMA Charity Day will be confirmed at the glittering GIMA awards on July 4th.

Linda Petrons, Greenfingers’ Director of Fundraising & Communications said: “On behalf of everyone at Greenfingers Charity, thank you GIMA for another fabulous charity event. Your generosity throughout the day and into the evening is hugely appreciated by us all but more importantly the hundreds of children and families we support.”

Images from the event are available for all to view from photographer Steve Burden’s website, just type in the code GIMA: http://www.sburdenphoto.co.uk

For further information about GIMA and its wide range of member benefits, please contact the GIMA Press Office on (01959) 564947 or info@gima.org.uk

The Garden Industry Manufacturer’s Association (GIMA) is a membership organisation of around 150 members representing the majority share of suppliers and manufacturers operating within the UK gardening industry.

Formed in 1999, its goal is to promote the commercial, trading and industrial interests of UK and EU based companies supplying the UK garden industry.

Run by a small team of dedicated professionals, and governed by a council of members, GIMA is funded by membership subscriptions and services.

The range of services and support provided for members is extensive, offering something for all members, regardless of their size or heritage